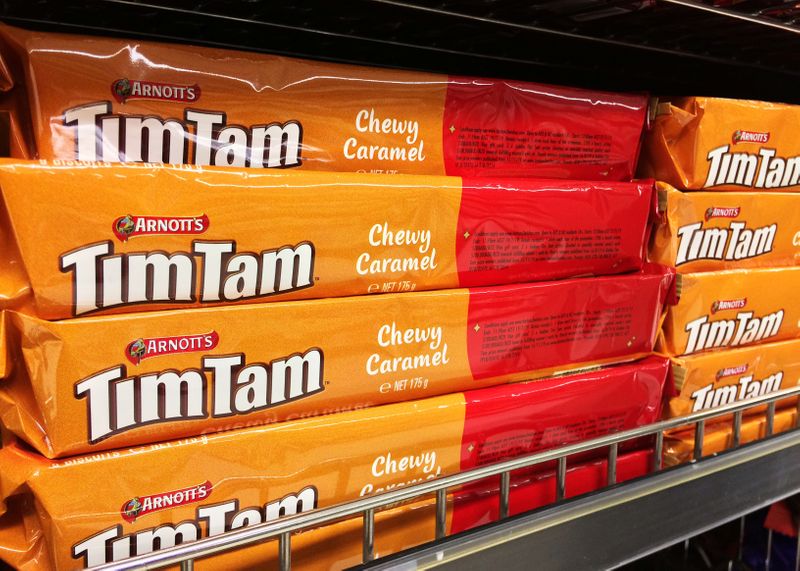 © Reuters. Arnott’s Tim-Tam biscuits are pictured on a supermarket shelf in Sydney

By Scott Murdoch and Byron Kaye

Arnott’s, which also makes Monte Carlo, Mint Slice and SAO biscuits, had made management changes which meant “a small number of employees will be departing our business”, a spokeswoman said, without disclosing which positions were being cut.

The cuts would give Arnott’s the “right organisational structure to ensure its success as a stand-alone company”, the spokeswoman said in an email.

The cuts would involve about 2% of the workforce, she added, equating to roughly 48 of the company’s 2,400 employees.

The move comes a year after KKR bought Arnott’s from Campbell Soup Co (N:) as part of a $2.2 billion deal that also included the U.S. snack giant’s international and “fresh” units. [https://reut.rs/2BNIRGo]

Buyout specialists such as KKR routinely cut costs of portfolio companies to improve profitability and prepare for resale in periods of typically four years.

Arnott’s has factories in Sydney, Adelaide and Brisbane and has been foreign-owned since the 1990s.

The spokeswoman said the 155-year-old company “must re-adjust and build its capabilities in order to remain competitive against overseas exports and continue to grow”.