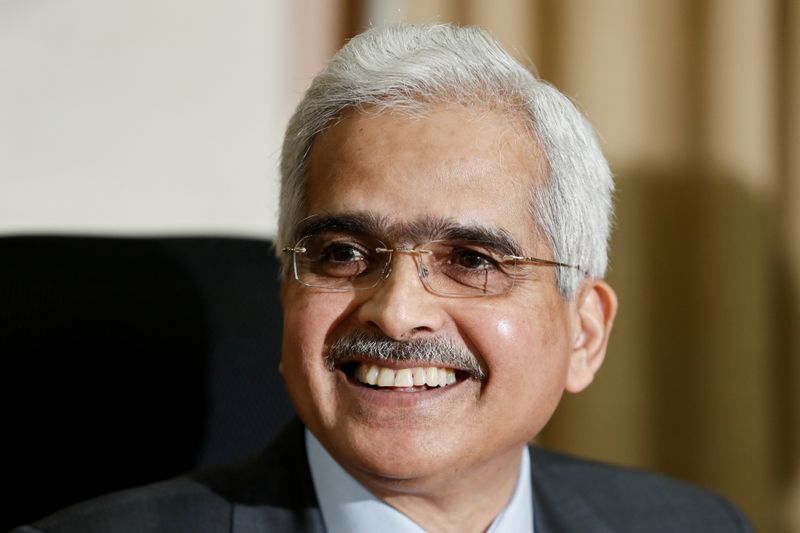 MUMBAI (Reuters) – With India’s economic growth sputtering, the Reserve Bank of India was expected to maintain a rate-cutting cycle, but an uptick in near-term inflation could give the central bank’s Monetary Policy Committee reason to pause for now.

Having cut its key lending rate by an aggressive 115 basis points (bps) in 2020, on top of 135 bps cuts in 2019, the RBI so far has had little success in spurring credit growth amid varying degrees of lockdowns across India.

Some economists and market insiders argue it may be prudent for the MPC, the policy committee, to hold its fire when it meets early next month.

“It’s probably too early to administer a demand stimulus. The RBI still has room to cut rates, but we probably want to be more cautious of the timing,” said Venkat Pasupuleti, portfolio manager at Dalton Investments.

“Maybe they should wait a quarter to see how things pan out once the lockdown situation is eased further.”

Market participants have factored in at least a 25 bps rate cut by the MPC on August 6 while analysts are predicting a total 50-75 bps cuts over the rest of the fiscal year that runs to March 31.

The spike in the retail inflation rate above the RBI’s mandated 2%-4% target range is another reason for the central bank to take a breather, analysts say.

Rahul Bajoria, an economist at Barclays (LON:), said the spike in both consumer and wholesale prices “could lead to a tempering in enthusiasm for material front-loaded policy support from here on.”

Almost all economists however agreed the RBI cannot move away from its accommodative stance or call an end to the rate cutting cycle just yet.

India’s economy grew at 3.1% in the March quarter – an eight year low – and some economists have predicted a contraction of more than 20% in the June quarter and a contraction of up to 5% in the fiscal year. “Even in the event of a pause, we think the RBI and MPC would want to hold out the promise of more cuts,” said A. Prasanna, economist with ICICI Securities.

RBI Governor Shaktikanta Das said in a recent speech the need of the hour is to restore confidence, preserve financial stability, revive growth and recover stronger, suggesting inflation concerns are unlikely to deter the downward trajectory for rates too soon.

“The August policy decision would boil down to a judgment call over whether RBI can maintain easy monetary and financial conditions without the aid of a token rate cut,” Prasanna said.

ECB Ready to Use All Tools Needed to Lift Inflation, Rehn Says By Bloomberg